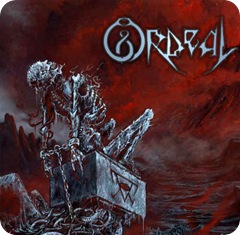 This is the eighth in a series of posts talking about the story structure known as “The Hero’s Journey.” I’m borrowing heavily from “The Writer’s Journey: A Mythical Structure for Writers 3rd Edition” by Christopher Vogler. This is my interpretation of it, and I’ve tried to highlight some pitfalls I see writers falling into. Click here to review other installments of Story Structure.

This is it. This is the moment you’ve all been waiting for. Finally, our Hero confronts the Enemy. He’s been trained, he’s gathered his Allies, but is it enough? No, it isn’t. Nothing that’s come before can prepare him for this moment. He’s deep in the Enemy’s lair, and must rely on his own wits and judgment to make it through. Now this isn’t the final confrontation, but it’s the first major exchange with the Enemy. The Villain is cunning and smart. He knows the lay of the land. He has some objectives too—to turn the Hero to his side, to corrupt the Hero, to see if he can win an easy victory. It becomes clear that the Enemy represents everything the Hero hates, especially about himself. His own fears, his own weaknesses. The Enemy is in his head almost, exploiting every weakness of the Hero and turning him into a gibbering mass of goo.

This is the scene you wanted to write since you came up with idea for the story. Luke vs. Darth Vader.  Dorothy vs the Wicked Witch. The hospital scene where Adrian tells Rocky to “Win.” This is the final test before your Hero is allowed to start the long road home. This is when the train jumps the rails, the troops retreat, the police close in, the wife is in bed with someone else, and everything the Hero ever knew about himself is put into question. He’s no longer the innocent traveler to this Special World, he’s a fully involved participant, and his goals seem further away than ever.  He’s seen the face of the Enemy and it’s bad. Who talked him into this misadventure anyways?

Let’s go back to our Benchwarming-now-playing Quarterback. It’s halftime. Wait—what? The Ordeal isn’t on the field? WTF? Yes. Because he’s confronting his true Enemies—the Head Coach and the starting Quarterback. The starter is feeling better. The Head Coach wants him back in. But wait—there’s more. Our QB gets a phone call. His parents have been in a bad wreck on the way to the game, he needs to leave right away, which Coach says means he’s off the team. Forever. Everything seems to be falling apart. In addition, he finds out the Starting QB is the father of his girlfriend’s baby. Everything seems to be conspiring to destroy him. This is his last chance to prove himself, to become a winner, but now it looks like everything’s been cut short. He leaves the game humiliated, having to bum a ride from this unfaithful girlfriend to the hospital (which is conveniently a minute away). The opposing players mock him on the way off the field.

Now the Ordeal turns to this awkward car ride. The girlfriend is distraught and apologetic, almost unable to drive. She never meant it to happen, it wasn’t consensual, she doesn’t know what to do. His mind is consumed with fear about his parents, disappointment that he can’t finish the game, and bitterness that this woman and the Starter hurt him. Our Hero’s story seems to be over before it even started. He’ll never amount to anything. He’s consumed with self-doubt and self-loathing. The world is collapsing around him. Everything he’s ever feared about himself seems to be coming true. He can’t play football. He can’t be loved. And Death lurks right around the corner. Depressing, isn’t it? Why the heck did I write this book??

This is definitely a rough time for the Hero.  By the end of the Ordeal, he’ll have everything he needs to prevail in the end. He just may not know it yet.