In my previous post, I ask you to consider which of two versions of the same scene was better. Here are the results:

And now for the dramatic reveal:

You were (mostly) right! #1 is the revised version!

Here’s the story. I wrote this originally about 15 years ago for a creative writing class at the local university. So when I looked at it again, I had very fresh eyes. #2 is definitely not first-draft, but it reflects kind of “where I started.” I wrote the revision from scratch, creating a new outline and throwing out the old story. Here is a list of things I changed between the two versions you see:

Here are some additional things I did to the story that aren’t evident from this small section:

One comment I have about the original version #2: a couple people noted that they like a couple things about #2, but those elements don’t really work in the revised version, so they’re left out on purpose. The lesson here is to not get too attached to any version or concept in your work, and feel free to kill your darlings, to eliminate things that don’t work anymore.

Thanks everyone for your input, you’ve given me hope that I really am improving my craft! And now for some XKCD love.

Email ThisBlogThis!Share to TwitterShare to FacebookShare to Pinterest
Topics: Revision 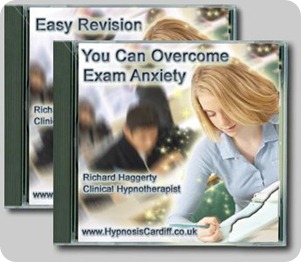 I’m conducting a test of my revision skills, and I need your help! I’ve re-written a short story called “Android” and I’d like your input to see if I’ve actually improved anything. Below I have two versions, #1 and #2, basically the first ~250 words of the original version, and the revised version.  I’m not telling you which is which. Read through both, and then answer the questions below. Feel free to email me your answers at iapetus999 at gmail dot com. By the way, feel free to read either version first, just note which one it was.

The harsh tone tore through my head. I dropped my tools and turned towards the window of my store. There, over in the town square, the procession dragged the struggling figure through the streets. My hands shook as I hustled out my customers and locked up my store.

The crowd assembled in minutes. Anyone within the range of that tone would come running. The figure screamed and struggled as they pulled it up onto the Stockade, clamping its arms and feet to the metal beams. The sun shone high in a deep green sky, casting few shadows and warming my neck. The crowd buzzed with anticipation and dismay. I stepped closer, wondering whom the androids had stolen this time. I stopped in my tracks. Nancy Perkins? She was one of my regular customers. A wife, a mother—I considered running away, unable to stomach the thought, but this monster up on the stockade, it had to pay. They had to be stopped, one way or another. We had to remain ever vigilant against the android invasion.

I pushed my way up to the front. I wanted to know: how did an android completely replace Nancy Perkins down to the last detail? This thing in front of us, this awful, soulless creature was created to deceive us. But I knew underlying that soft, human exterior lay the cold metal of an unfeeling robot, simply programmed to subvert our community and our way of life. What had become of Nancy? Was she killed? Tortured? I shuddered to think about it.

The throbbing notes of the town bell pummeled my heart like a jackhammer. I snatched my jacket as I rushed out of my store to observe the horrible spectacle. The town square hummed with anticipation and dread. A quick question confirmed my worst fears: a horrible android had been caught, and would be dismantled. The faces around me echoed my fear and anger. This time the androids stole Nancy Perkins. I shook my head in dismay. The crowd erupted into rancorous shouts and curses as the android appeared. In the center of the town square the android clone of Nancy Perkins screamed and protested hysterically to the stern constables escorting it to the stockade. They handled it roughly, fearful of its android mechanical power. I had barely known Nancy. A mother of two, rarely frequented my store, but I had always thought of her as a kind, beautiful woman. The men cuffed its wrists to the arms of the machine, and firmly strapped its kicking legs to the base. They clamped its head to the back, until its only possible movement remained the rapid heaving of its chest and blinking of its eyes. The android’s protests and tears didn’t fool me. It was an android, how could it feel anything? It was just an act, an attempt to create pity so we might spare its life.

Ever since I could remember, I had hated androids. They were a blight on the world, an evil presence so profound I relished and celebrated their deaths.

Thanks for your time! I’ll tabulate the results and post them soon!