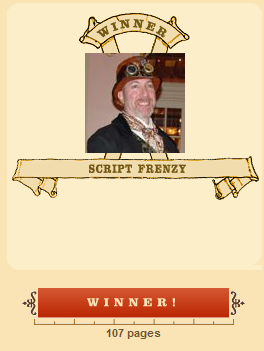 The final tally: 107 pages, with a day to spare. I probably wrote on ~20 of those days, since I went to a convention among other things.

Not sure how I feel right now. Definitely glad to have a First Draft. Now I have a real clear roadmap as to what I want this story to be. I don’t have a specific revision plan for it yet, but here are some general steps:

Next week I’ll post some analysis of how I felt about screenplay story structure and how well I thought it worked. But for now I just want to sit back and enjoy my accomplishment.

Halfway to a Script

So far, who knows? Hard to believe all the things in my script already: Gambling schemes, train wrecks, spies, hostile insurgents, vicious soldiers, and religious overtones. And I’m only halfway. And since this is the 18th day of Script Frenzy…I’m actually behind.

One thing I’m struggling with is scenes. My whole script is supposed to have ~40 scenes. I think I have ~50 so far. Part of this is how I define scene vs shot. It’s one of those screenwriting things I’ll have to learn. I think the trick is to make each scene do more and have fewer of them. Each scene should be ~3 pages. Revision’s going to be a bitch.

Speaking of religion, I watched a show yesterday that tried to come up with rational, scientific explanations for the Ten Plagues and some aspects of the story of Moses. They provided explanations that derived from a sudden climate change that year, since most of the effects were biological (swarms, disease). Then at the end of a show, a rabbi came on and said (paraphrasing), “does it really matter that any of these things actually happened? The story is what’s important, and the lessons demonstrated therein. Scientific inquiry is all well and good, but it’s not what the story is about. It’s not going to teach you anything.” (For the record I disagree with that assessment because I think any line of legitimate scientific inquiry has merit…in this case it could be a lesson in the dangers of climate change.)

This is what I’m doing with my own story. Does it really matter that I create an accurate accounting of my cousin’s journey? Should I just stick to the facts? Or is the important thing the story, the reasons for the journey and why the outcome is important? If we can look at the Bible as metaphorical rather than literal, then why not any history? A history book tells us the X, Y, and Z’s of who did what to whom. A story tells us why all these things happened and how they impacted the people who lived through those times. (Personally I think the Bible is more a series of stories based on certain events and folklore, but not an actual accounting of real events).

The “story” of my cousin isn’t a list of events and travails. It’s the tale of a man trying to come to grips with his own sense of self, of remaining steadfast to a single goal, to persevere when it looks like all hope is lost (starting in approximately 20 pages from now). So I’m going to create events and characters that clearly demonstrate this commitment.

Email ThisBlogThis!Share to TwitterShare to FacebookShare to Pinterest
Topics: About Me 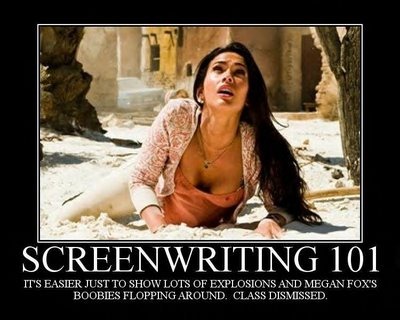