Here’s the pitch I used for Dead Air at the 2012 PNWA Conference. I only pitched 1 agent and 2 editors because I used most of my time to pitch Girl | Alien. One of the editors requested a full manuscript. I’m probably going to send it out to more agents and editors at some point.

Archie is the sole caretaker of his mother who, after horrible accident that also killed Archie’s father, has been left bedridden and her brain is a little scrambled. But she’s a former lead homicide detective.

Archie comes across a dead body and the only witness is a blind teenager who claims the room was filled with “dead air”, although forensics doesn’t find a thing. He enlists the help of his mother in hopes that an investigation will bring her back to life.

During the investigation Archie’s car is sabotaged with “dead air” and goes out of control into the bay, Archie barely escapes with his life. When he returns to his mom, she suddenly remembers that the wreck that killed his father was very similar—and also may have involved “dead air”. They find that a string of murders going back ten years may be linked to this substance. They must find the killer before he strikes again.

I’m not super happy with it, and the agents/editors had some questions. Basically my issue is that there are really 2 stories—the mystery, and Archie’s relationship with his mother and how that evolves. I was able to explain it better when they started asking questions, that the story is really about a family trying to piece things together after tragedy strikes, and to try to find justice for Archie’s father’s death.

And now here’s the calling card for Dead Air: (phone # redacted when I dumped to JPG, not a typo). 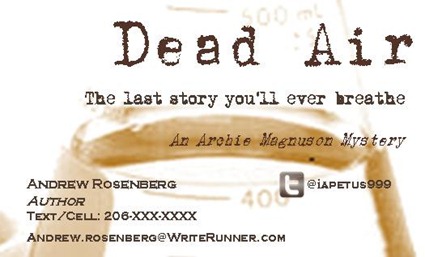 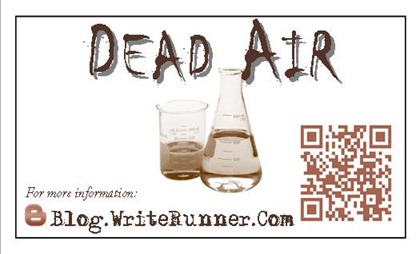 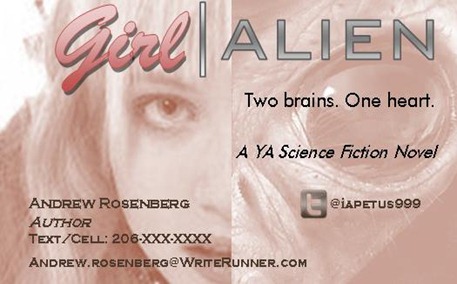 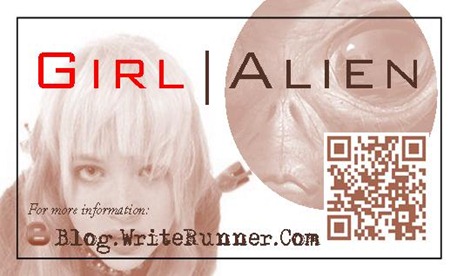