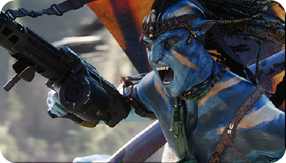 This is the ninth in a series of posts talking about the story structure known as “The Hero’s Journey.” I’m borrowing heavily from “The Writer’s Journey: A Mythical Structure for Writers 3rd Edition” by Christopher Vogler. This is my interpretation of it, and I’ve tried to highlight some pitfalls I see writers falling into. Click here to review other installments of Story Structure.

This is probably biggest misnomer of the bunch. Also known as “Seizing the Sword,” The Reward is the final portion of Act II. After facing a number of Tests and engaging the Enemy, the Hero comes away with new knowledge and determination. He’s seen the true face of the Enemy, faced Death, and now must turn back home. The basic concept is that the Hero has fought his way to the Dragon’s Lair and stolen the Crystal Chalice. It’s a small victory, but the Hero leaves with the knowledge that he has faced the Enemy and lived. He also know that the Dragon has awakened, and will be coming after him with everything it has. I call it a “misnomer” because it sounds like something positive and hopeful but many times it’s a dark realization that the battle isn’t over and that greater challenges lie ahead. “Seizing the Sword” is a better name, because it reflects the Hero’s determination to see the conflict out to the bitter end, for better or worse. 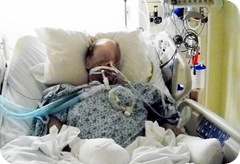 Now on to our Benchwarming Quarterback. His parents are in the hospital after a wreck. His girlfriend is unfaithful. The coach hates him. The other players hate him. His father is on life-support. WTF? “There’s nothing we can do but wait,” says his mother. “And pray.” He goes to see his father, tubes sticking everywhere, machines chirping and purring. Everything he’s done in his life flashes before him. All his failures, all his disappointments, all his betrayals of his father’s love. He faces the cold hard truth about his life.
(I smudged the image’s face to protect the innocent).

“I want to be the son you wanted,” he tells his father. “I want to prove to you I’m worthy, that I can be a man. If this is your last moment on Earth, I want to do something for you, to show how much I love you.” He rises, and walks to the waiting room. “Come on, we’re going,” he snaps at the girlfriend. “We have a game to win.” He has Seized the Sword. He is determined for once in his life to be the man his father wants him to be. His mother begs him to stay, but he must do this. It’s as if his father’s life rides on the outcome of this game. His Reward is the strength to do what he must, the self-determination to carry on despite the incredible odds, and the knowledge that he himself is willing to face death to accomplish his goals. We see him turning into the Hero before our eyes, but his task is daunting, and his goals seem further away than ever.

What is The Reward in Avatar? There are actually two Rewards. Bonus for anyone who knows both (or are there more?) Try not to spoil anything ;)