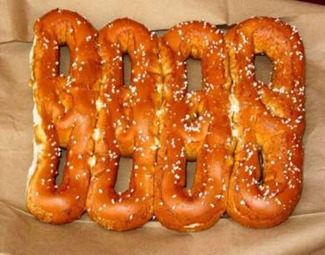 I’m an idea guy. I’m always thinking about situations, complications, characters, conflicts, twists, what have you. I think I’m original, creative, and I can generate the basis of compelling stories.

But there’s a problem.

It reminds me of something I’ve heard from published writers at conferences. It generally goes something like this:

“A friend of mine heard that I’m published. They said they had a great idea for a story, and if I wrote it for them, they’d split the proceeds with me 50-50.”

You see, the greatest ideas in the world don’t make a story. They make a great description of an idea.

Stories are more than great ideas. They require great writing. In fact, without great writing, stories are dull and lifeless, and even the greatest idea in the world cannot save it. The writing is what makes the idea come alive to the reader. It’s describing a pretzel as flour, water, yeast, and salt, twisted and baked for 20 mins vs describing a pretzel as warm, chewy nirvana that Hindu street vendors sell during blisteringly cold Decembers in Philadelphia.

The interesting thing is that query letters are really all about the idea, the concept. I wonder if people get caught up in this. Then the writing disappoints, and the partial is rejected.

Seems like I’ve been a ton of time working on the ideas, figuring out all the plot details, worrying about story structure, but used barely any effort working on my writing. Not just sentences, but more about how I approach a scene, what’s said, what’s felt, what’s not just happening in the physical plane, but what’s happening on the emotional level, and not just for the POV character.

The truth of the matter is that great ideas are a dime a dozen. Anyone can think of some characters and some complications, some trick that ties it all together, some great piece of technology or magic. But what sells is writing. Vivid scenes. Relatable characters you care about. Something that captures the reader from the first word and refuses to let them go. (Let’s not go overboard here…the ideas behind the story have to be original and captivating, otherwise your characters have nothing interesting to do). I think that great writing sells a lot more books than great ideas.

So to summarize, ideas don’t sell the writing, the writing sells the ideas.

PS. I find it interesting that I don’t have a blog category called “Writing Technique.” Hmm…