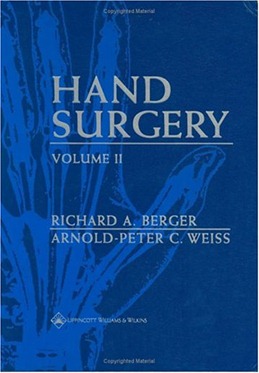 At the PNWA Conference last month, most of the agents and editors I spoke to about Steam Palace suggested that I not submit my ms until it was closer to 100,000 words. I was at 142K. That would mean a 30% reduction in wordcount. How do I cut a third of the story?

Well, I could have just cut Act 3. It was around 40K. But it would leave too much hanging, too much unresolved. Not great for a first novel.

I could cut characters, arcs, sub-plots, anything and everything. So I took a hacksaw to the story. I wound up cutting 19 scenes out of at total of 101. It was hard. My recent visits to the dentist have been easier (although he’s threatening to remove teeth which would trump this in suckiness).

Some of my favorite scenes are now in the dustbin. Sophia and Thomas’ first kiss? Gone. Sophia’s mystical dream? Vanished. Sophia’s duel with the pirate-like Captain Dawson? Trashed. Sob.

Here’s the thing to consider when cutting scenes. How much does it affect the rest of the story? With many of these scenes that I cut, I found that they either duplicated other scenes, or could be summarized in a line or two in a later chapter to explain the gap. In the case of the first kiss, removing that scene simplified the story and allowed me to take out later scenes that followed up on it. Furthermore, it’s not the kiss between Sophia and Thomas that propels the story, it’s the kiss between Sophia and…well you’ll just have to read it.

The next step in the process was reading every scene and trimming, especially lead-ins and conclusions. I have a tendency to summarize at the end of scenes, so I cut this out. I also have a tendency to over-explain, so I found duplicate sentiments and emotions. Why do I have to do all the work in explaining everything? Let the reader’s imagination do the heavy lifting. So I found a lot of stuff to cut that way.

After this, I’m at 112K. Pretty good, considering where I started. 30K words gone. The story moves much faster now, without so much development and side-routes. We get right to the meat of the issue. And it keeps moving.

So how will I get rid of the last 12K? Well, I don’t know if I can really cut much more. It’s pretty bare bones right now. I do have about 3K of epilogue which I could drop in a pinch and save for Book 2, but I think it’s mostly there to sell Book 2, so it’s more strategic than tactical.

There’s a bunch more, so I highly recommend grabbing a copy. Another huge area I’m looking at is adding contractions. My characters don’t use them. If it means not cutting more scenes, I may add a few select contractions to the mix so they have a few “it’s” (or tis), “I’m”, “’s” (She’s gone vs she is gone) but leave in stuff like “I shall” to give it flavor. There are literally thousands of contractible phrases in my ms waiting to be reduced.

Unfortunately this process is tedious and mechanical. Given that it takes maybe 10 seconds to find and fix each cut word, I’m looking at 33 hours of work to remove 12K words at a minimum.

And I may not have the time. Stay tuned for a special announcement in the next few days.